Today I am discussing in this article about a small router from TP-Link. It’s a small puck that resembles an Apple Airport Express but is a bit more versatile. So let’s take a closer look at it and see what it actually does. 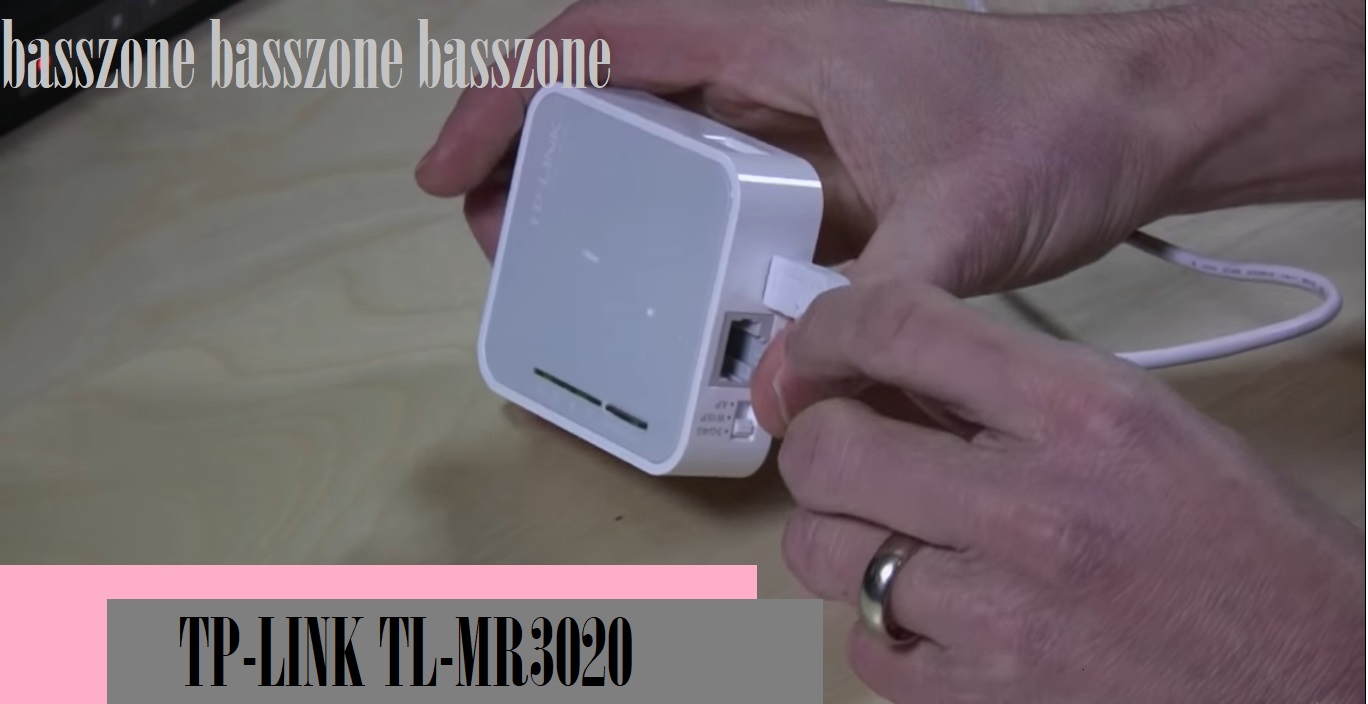 Best For Travailing or Outdoor locations.

If you people travel a lot then it means that you too must be struggling to find internet connection. I think you need this device because it has USB port and it supports almost any data card and network 3G 4G network (including BSNL EVDO card) just connect once and set it up and Then use it as plug and play.

Now the first thing that I like about this router is that it is powered by USB and in fact you can plug it into your computer. It has a splitter cable, so if your USB port doesn’t provide enough power you can plug it into the two ports and get what you need, although on Macs I’ve found no ports to support it are powerful enough.It’s just power. I’m not getting any data through this thing, but it also comes with a regular USB AC adapter.

You can also plug in the wall but if you want to have one less adapter in your bag. A great way to do this is to simply turn it off from your computer. It has an internet port internally and a wireless adapter for Wi-Fi.The other thing that I found really attractive in this is that it’s got onboard here. And there is an option for 3G/4G, there is WISP and AP and basically what it will do is set the mode of the router. So that you can use it for different things so that AP mode can be used for Wireless Access Point mode. So if you want to plug it into your local network and get wireless network.You can install anywhere in your home or office. You can also do this by simply flicking the AP.

The good thing about this is that it turns off all routing. So you’re not going to blow up your network and all this crazy stuff happens. Because it’s trying to handle it, it disables all routing and basically becomes a dumb access point. 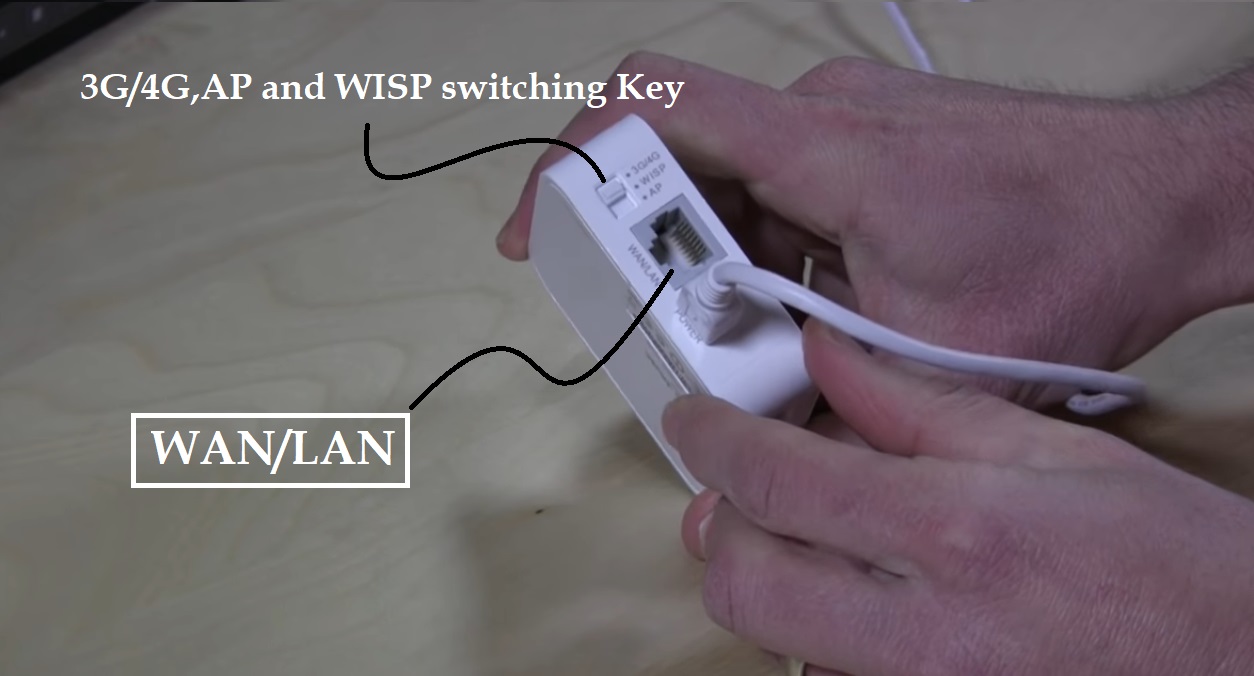 If you switch it to 3G 4G mode. Which will basically turn it into a full blown router and what it will let you do is either plug it in. Its Ethernet adapter is here so you can use it just like you would a Linksys router that you can buy at the store. But it also has another USB port and is where you’d plug in a 4G or 3G modem. Which you would use from your cellular carrier such as Verizon.

I should also mention two things First, the TL-MR3020 has a WPS button for faster syncing between devices, but I preferred to do it manually. Secondly, there are three settings for the router. I had it set to 3G/4G mode as the cellular modem was being used. But it can also be set with WISP mode. AP Mode, For use as a Wireless Access Point, with functionality for Access and Repeater Modes and Bridge with AP and Client Modes. 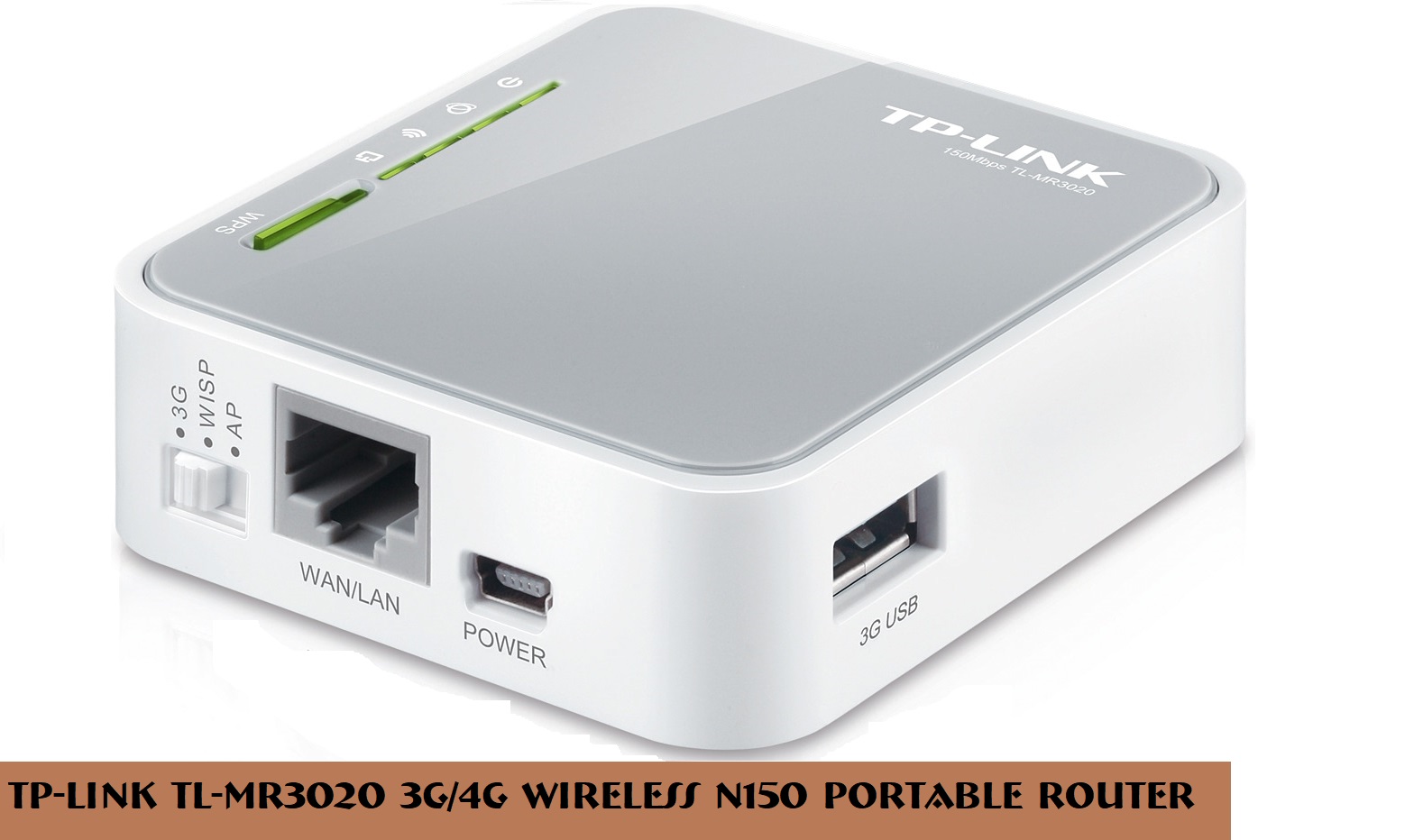 This wireless router takes the signal of a cellular modem and distributes WiFi to any device. Its compact size makes it unobtrusive. But more importantly, it is also extremely portable. This is important because getting a strong WiFi signal from a cellular modem often requires placing it somewhere where the computer is intended to be used, as was the case in my case. But don’t be fooled by the size—it’s a fully functioning router and not just a bare box.

I plugged the AT&T cellular modem into the corresponding USB socket on the TL-MR3020 and connected my Ethernet port directly to my computer as well as Micro-USB for power directly into the USB port on the computer (a USB to AC adapter) Plugged in port. Can be used instead should placement away from a computer be desired but otherwise there is no other way to power the TL-MR3020). Both the modem and the router started showing indicator lights, but my concern was setting up the network I am using via a web browser window. It took less than 5 minutes and after rebooting the router, I disconnected it from the desktop. I then placed it on the side of the window and plugged it into the included AC adapter for power.

TL-MR3020 provides you with a mini USB port to be connected to your laptop or power adapter for power.