Today I’m review the ROG Cetra RGB Gaming Type Earphones. These were announced earlier few year, And it’s basically a refreshed version of previous year’s Cetra Except it has RGB now! It cost at ₹6,699/-. which is pretty cheap for active noise cancelling earphones. It’s also a USB-C type, so it works with the Nintendo Switch, newer laptops and most phones. 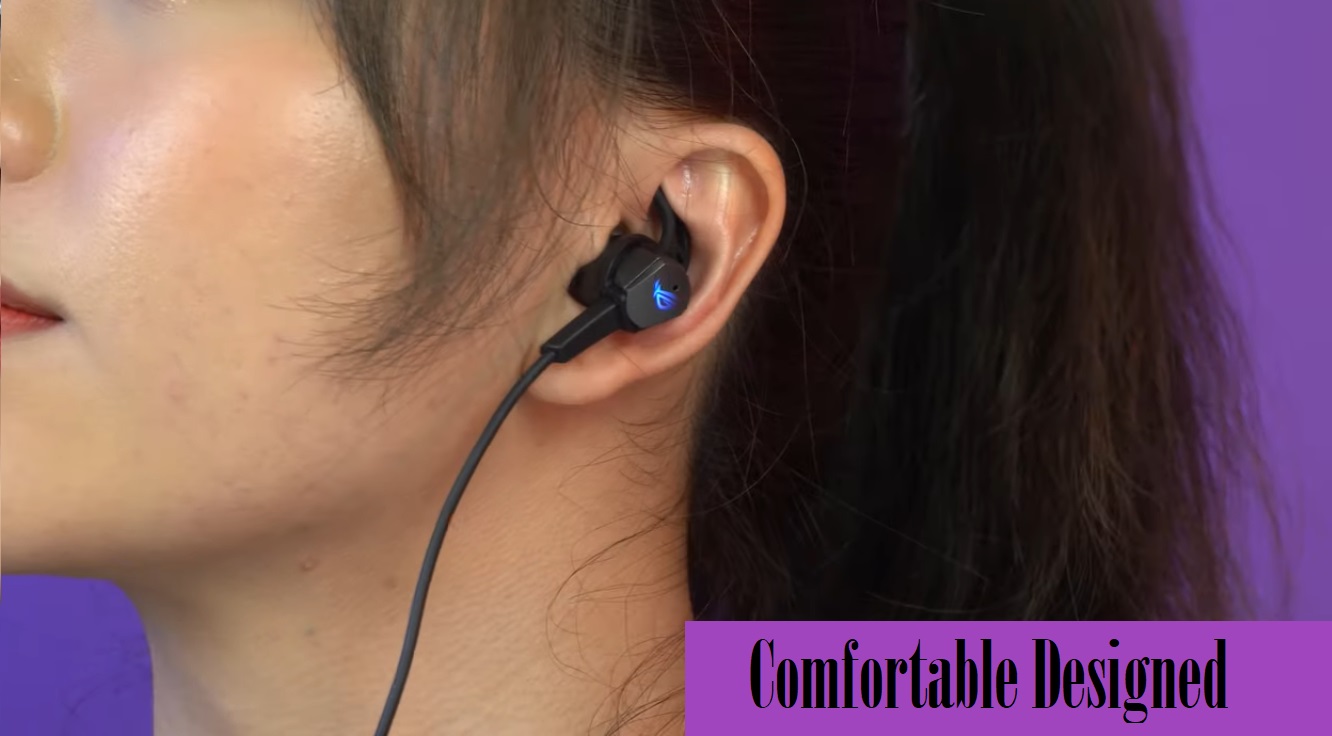 Now, on to the earphones only. As expected from ROG, these look very ‘cool’ and gamer, and are made of black plastic. Sadly, the cable braided is rubber instead of nylon, which I would expect after paying around Rs 500. You will find these shark-like fins on the earphones. which are here to sit inside your ear for a more secure fit. They come in 3 sizes, and can be completely removed if you wish. Personally, I find the earphones more comfortable without them, so I will just… Pop them out like this And used them normally. The earphones themselves have a metallic sheen, which looks very nice with the RGB lighting, Which you can tweak and sync with your other ROG peripherals via Aura Sync. If you are not a fan of RGB You can also switch it off completely.

Anyway, above the logo is the microphone used for noise cancellation, and on the other side is where the 10mm Essence drivers pump music into your ears. Going down the cable, you’ll find an inline microphone that sits snugly under your chin, so it doesn’t slap you in the face, whether you’re jogging or doing some other vigorous activity. Surprisingly. 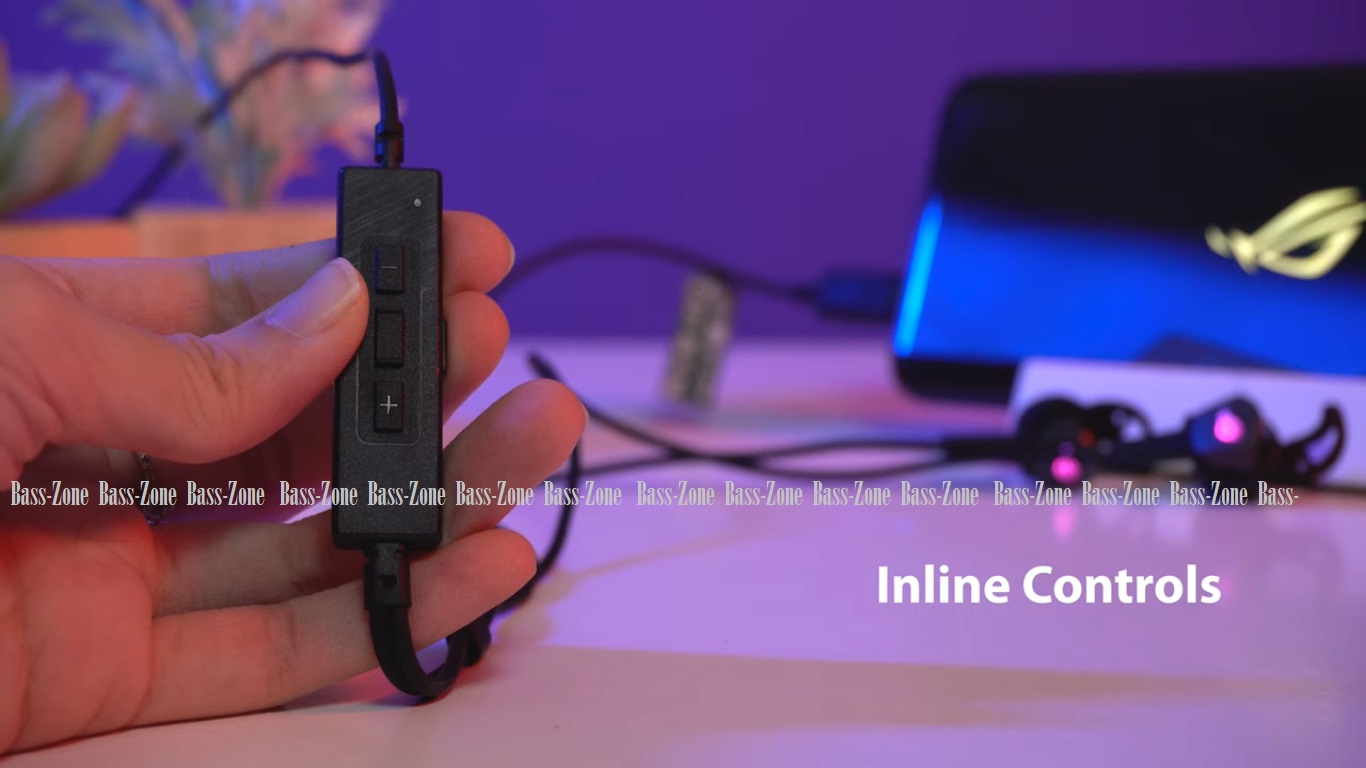 Microphone quality is great I’m using it right now and it sounds very natural, unlike most other earphone mics that tend to sound more nasal or even static. So it is a great addition for those who need to communicate with their companions on the go. Further down, you’ll find inline controls, the plastic feels a bit cheap and light, but the buttons are sturdy enough. On the front, you will find volume up, volume down and multi-function buttons. Which can be used to pause, play, switch tracks and even answer calls. Note that the multi-function button does not work on every phone. So don’t forget to check the product page to make sure it is compatible with yours. On the side you will find the ANC toggle. Pressing the button will cycle between ANC, Ambient and Normal mode. Which will be indicated by this white LED here. Solid white means ANC is on, blinking means it’s in ambient mode and no light means ANC is off. 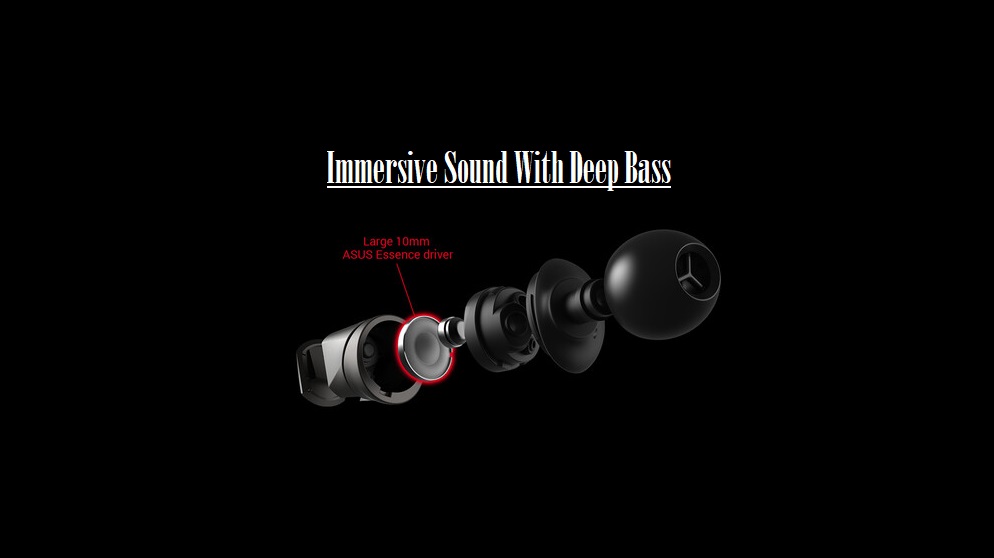 Now, on to the most important part. The sound quality. Let’s start with its ANC feature. To be honest, the ANC on the Cetra ROGB is pretty subtle. It works best in relatively quiet environments like the office, Where it will cut out aircond and fan noises very well But you will still be able to hear louder sounds like your own typing. So, what you can do to increase its effect is to pair it with better passive noise cancelling By using the foam tips included in the package. Just give them a good squeeze and let them expand in your ear, And you’ll get a pretty good seal.Unfortunately, while there are 3 pairs of silicone tips included, ROG only provided one pair of foam tips so you’d better hope they fit you. By turning on ambient mode will drastically lower the volume of your music And use the noise cancelling mic to pick up and transmit the sounds around you into your ear.

The Cetra RGB is pretty decent It has great highs and mids by default, So it sounds great on pop songs with lots of vocals. If you want a little more bass, don’t worry as you can head into Armoury Crate and tweak the settings from there.

How does it sound while gaming 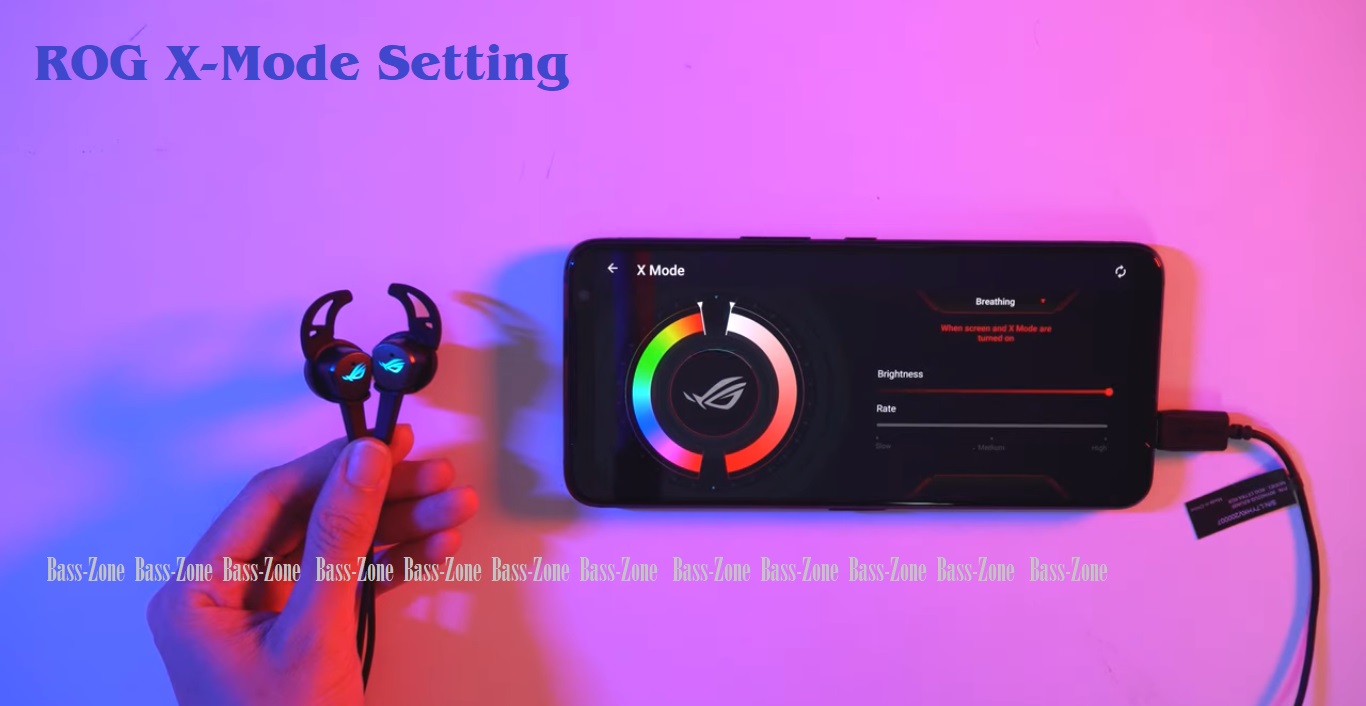 But most importantly, How does it sound while gaming? I gave it a go on PUBG Mobile Where positional awareness is key, and I found that it performed extremely well. Gunfire was punchy and the footsteps were clear. I could clearly tell where enemies were shooting from, which is the most important thing. Overall, it really helps immerse you in the game and it also gives you an edge with great positional audio. 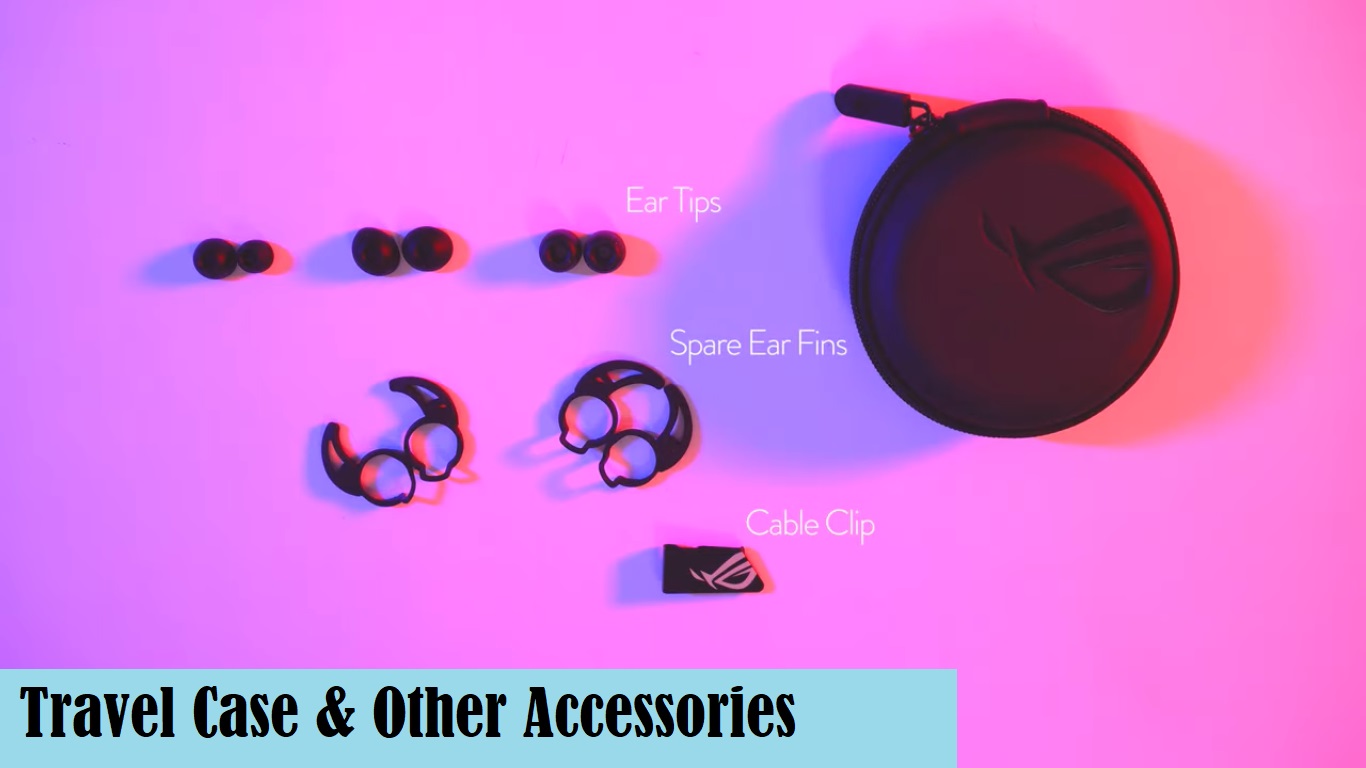 You will see the earphones along with an ROG-branded carry case. Which is always nice to have inside the case are all the spare bits Including extra ear tips, spare ear fins, and a cable clip. If you tug on these 2 ribbons hanging out You can easily remove the top layer to reveal the quick start guide and warranty card underneath.

So, is the Cetra RGB something you should throw your money at? First of all, the ANC effect is pretty minimal and definitely can’t fight higher-end earphones. But it’s decent enough to block out annoying aircond and other ambient noises. Plus, the inline controls are pretty finicky as well and doesn’t work on every phone. On the bright side, the earphones have excellent positional audio and sound great for gamingWhich is exactly what it’s built for With some tweaking in Armoury Crate. It’s also great for listening to music, Though obviously it won’t fight a good set of audiophile earphones. 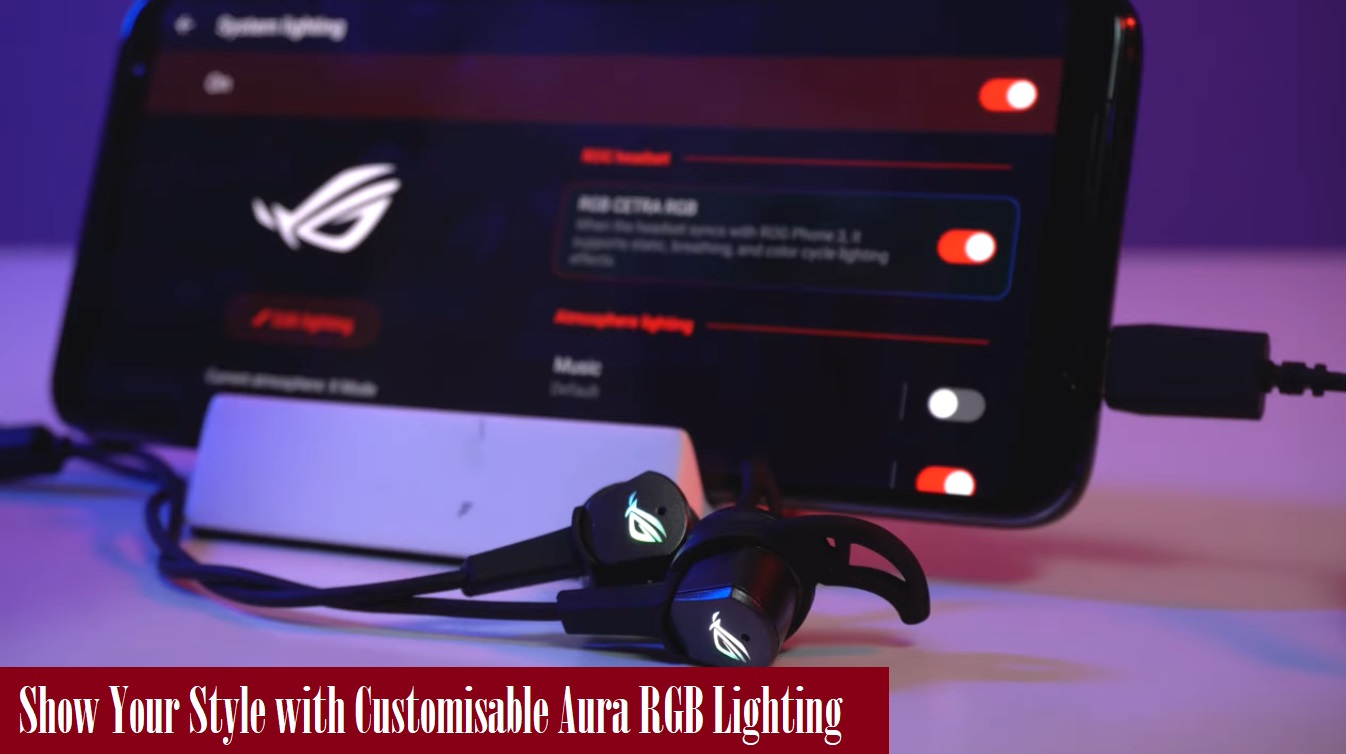 RGB lighting looks great if you’re into that sort of thing. And it’s also compatible with Aura Sync, so it can match your other ROG gear if you have them. The mic is also exceptional by earphone standards. At ₹6,699/- It is definitely a bit pricey. But if you’re looking for a good-looking pair of USB-C gaming earphones that have entry-level active noise canceling and a great mic, this is definitely something you should consider. So, is the ROG Cetra RGB something you’re interested in? Or would you rather drop the money on audiophile earphones? Tell us in the comments,

Thank you for reading our article, hope you found your best earphone. If you have any questions please feel free to ask in the comment section, have a nice day